To code smart contracts is certainly not a free picnic. A bug introduced in the code cost money and most likely not only your money but also other people’s as well. The reality is that the Ethereum ecosystem is still in its infancy but growing and standards are being defined and redefined by the day so one need to be always updated and akin to smart contract security best practices.

As a student of smart contract security, I have been on the look out for vulnerabilities in code. Recently the educators at Team B9lab informed me of this contract deployed to the testnet.

The purpose of the HoneyPot contract above is to keep a record of balances for each address that put() ether in it and allow these addresses to get() them later.

Let’s look at the most interesting parts of this contract:

mapping (address => uint) public balances; The code above maps addresses to a value and store it in a public variable called balances . It allows to check the HoneyPot balance for a address.

balances[0x675dbd6a9c17E15459eD31ADBc8d071A78B0BF60] The put() function below is where the storage of the ether value happens in the contract. Note that msg.sender here is the address from the sender of the transaction.

function put() payable { balances[msg.sender] = msg.value; } This next function we find where the exploitable is. The purpose of this function is to let addresses to withdraw the value of ether they have in the HoneyPot balances.

What if there is an AttackContract that tricks HoneyPot into thinking that it still has ether to withdraw before AttackContract balance is set to zero. This can be done in a recursive manner and the name for this is called reentrancy attack.

Here is the full contract code. I will attempt my best to explain its parts.

function kill () { suicide(msg.sender); } The following function is the one that will set the reentrancy attack in motion. It puts some ether in HoneyPot and right after it gets it.

The last function is what is known as the fallback function. This unnamed function is called whenever the HoneyPotCollect contract receives ether.

function () payable { if (honeypot.balance >= msg.value) { honeypot.get(); } } This is where the reentrancy attack occur. Let’s see how.

After deploying HoneyPotCollect, call collect() and sending with it some ether.

Recall that within the get()function the code that sets the balance to zero comes only after sending the transaction. This tricks the HoneyPot contract into sending money to the HoneyPotCollect address over and over and over until HoneyPot is depleted of almost all its ether.

Try it yourself. I left 1 test ether in this contract so others could try it themselves. If you see no ether left there, then it is because someone already attacked it before you.

I originally created this code for the HoneyPotAttackusing the Truffle framework. Here is the code in case you need it for reference. Enjoy! 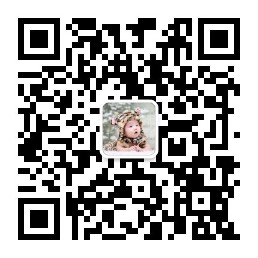